Schaal’s Looking Back, and Ahead 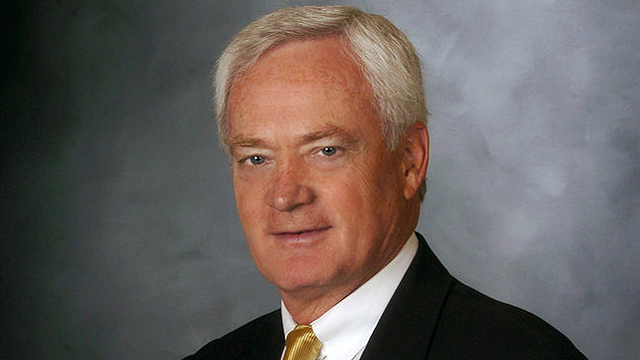 A quarter-century ago he posed for the cover of Golf Business magazine’s inaugural issue, tall and smiling, shoulders back and head high, handsome and confident in his early 50s, a titan standing at the forefront of an industry on the rise. Gary Schaal, former president of the PGA of America and one of the leading voices in the game, has learned a lot since then. In fact, his experiences in the last 25 years have taught him more about golf, life and the intersection between the two than anything in his first 25 in the game.

Today, at age 78, Schaal has climbed to mountaintops and tumbled into valleys in the golf business. He has done it all and seen even more. From getting his first head golf professional job in 1976, when Gerald Ford was wearing bell bottoms and Johnny Miller was winning major championships, to today where he serves the game and a grateful nation in a noble cause, Schaal is a renaissance man, a revivalist, the scion of Myrtle Beach and a sober student of a business in flux.

“The golf model right now is still upside down in many areas,” Schaal said, shouting a warning he wishes someone had given him a few decades ago. “A lot of courses are still closing and will continue to close. At one time not that long ago we had about 125 golf courses in Myrtle Beach, (South Carolina), depending on where you draw the boundaries. Now we’re under 100 and I’m not sure we’re at the right number yet. We expect a few more to close. Several are still closing for housing.”

Two of those courses are in a project called Deer Track Resort where Schaal worked. They’ve been shuttered since 2006 and tied up in legal battles for a decade. Only now are the former courses giving way to residential development.

It’s a painful story that has been repeated hundreds of times throughout the country with more on the way.

Schaal had another course called Wicket Stick in Surfside Beach, South Carolina, a Clyde Johnson and John Daly design. He pulled that project together as an owner in 1994 but sold it to a residential developer in 2015. The course closed that September and is now the site of homes and commercial properties.

Schaal also had a good run in Dallas at a beautiful property called Dallas National and did some consulting work at a course in Michigan owned by the United Auto Workers. In the early 2000s, he worked with former PGA Tour commissioner Deane Beman and golf course designer Bobby Weed on a project in Fredericksburg, Virginia, called the Cannon Ridge Golf Club, a stunning property near the site of an historic Civil War battlefield. “It was one of those classic designs with small square tee boxes that were only a few paces off the previous green,” Schaal said. “We had a lot of fun with that one.”

Cannon Ridge opened in 2003 but closed in 2012, as did so many courses during the height of the Great Recession.

“We went nuts in the ’80s and ’90s,” Schaal said. “Everybody who was around and in the business remembers that statement that came out in the ’80s by the National Golf Foundation that said we needed to open a golf course a day, every day until the year 2000 to keep up with demand. The year 2000 seemed a long way off at the time. Well, I got caught up in that. I was building golf courses without feasibility studies, without projections. I’d go into the bank and say, ‘I want to build another golf course,’ and they’d say, ‘How much do you need?’ We got crazed. And it caught up with us.”

After being swept up in projections that were, in hindsight, obviously crazy and succumbing to the lure of cheap and easy financing, Schaal is now the measured voice in the room, the man with enough scars to warn the next generation away from the pitfalls of seeing only what you want to see.

“We spent all day, 12 hours, (at the PGA of America annual meeting in West Palm Beach back in November) talking about the state of the industry with (PGA Tour commissioner) Jay Monahan, (PGA of America CEO) Seth Waugh, (LPGA commissioner) Mike Whan and (PGA of America president) Suzy Whaley. To a person, they were very positive. They all think golf’s in a good place and the future is bright. But as an owner-operator, I’m still pretty guarded. Sure, there are some courses and clubs that are insulated – those brand-name clubs like Cypress Point and Kiawah Island where people can’t wait to play those golf courses; places like Bandon Dunes, for example, which is doing great – but that’s not the case for the rest of the country. Or at least I don’t see it, yet.

“At this meeting I heard a couple of people say they were starting to see improvement in rounds. But when I hear someone say, ‘We’re up from last year,’ I have to ask, ‘Well, how was last year?’ and ‘What was the yield?’ Those are the real questions you need answered.

“The truth of the industry is that the margins are thin and getting thinner. Labor costs are going up, insurance is always going up, capital improvements are more expensive than ever, the cost of a golf cart and maintenance equipment is higher than ever. But the yields are pretty much where they were 10 years ago. In some markets, yields are lower.

“So, when your margins keep getting thinner, you look to cut expenses. You start with payroll. You tell yourself things like, ‘We won’t clean the parking lot quite as much,’ or ‘We can let those cart paths go for another year.’ So, the service suffers. And in the end, the owner, the operator and the customer all get the short end.

“It will be interesting when things do eventually completely turn around and we get back to (equilibrium in the market) where we should be. I’m curious to see if people will actually do all those capital improvements they’ve been deferring.”

In the meantime, Schaal is not all doom and gloom. Far from it. He sees the future of the game in many of the nontraditional outlets. “Our daughter was going to take kids to TopGolf,” he said. “They called ahead of time to reserve a bay and they were told, you can come but it’s a three-hour wait. That’s happening everywhere.”

He’s also still active with the PGA of America, as a member of the properties committee, which puts him at the center of the sale of the association’s Port St. Lucie property.

But the thing that drives his passion and perks him up like a kid again is also the most important project Schaal has been involved with in his life.

But it is more than a project. It’s a mission and a calling.

“A landowner reached out to me a couple of years ago with a hypothetical. He said, ‘I have this neat little par-3 (course). What would you do if we leased it to you?’ I thought about it for a minute and told him I would create of golf rehab center for veterans. That wasn’t a unique idea. I got hooked up with Salute Military Golf Association and Walter Reed Medical Center and I was helping provide PGA professionals and golf instruction to wounded veterans. And while I wasn’t very good at it, it was a wild success.

“So I hooked up with SMGA, and PGA Reach and the South Carolina Golf Association as well as our local university and we created Project Golf in Myrtle Beach. We just closed on a piece of property and I’ve committed some time to bringing all the partners together to make this thing happen. The market is veterans. I’m working with Walter Reed (Medical Center) and with the command at Fort Bragg (in North Carolina).

“There are 6,000 veterans in our county alone. It doesn’t have to be a physically challenged vet. We want to provide services through golf for all vets. Golf is a great way to bring them back into the community, to help integrate them into the new normal of their lives. Some of them don’t know anything about the game, so we want to help them become part of the golf family.

“We’re learning a lot,” Schaal continued, becoming more animated as he described Project Golf. “We’re doing introductory golf classes of 20 to 25 people and realizing that it’s a group that we, as an industry, haven’t paid much attention to. I mean, some of them are saying things like, ‘Do we bring our own range balls?’ or ‘What does bag drop mean?’ There was one course where we were hosting an event that was in a gated community and they said, ‘We can’t drive in there.’ That’s a veteran mindset. A guarded gate means no trespassing. We had to explain to them that, sure, all you have to do is drive to the gate and tell them you’re coming in for golf. Some others were saying ‘Do you rent clubs or buy them?’ and ‘Where would you buy them?’ We were like, holy smokes, we really have to start with the alpha here.

“But it’s important and we’re having fun with it. At first, we were nervous about getting the word out too soon. We didn’t want to promote that we’re teaching veterans only to have the local pros say, ‘Excuse me, we do that. Are you taking our customers away?’ No, that’s not what we’re doing at all. So, we met with the pros, explained the project and got total buy in. Our mission at Project Golf is to give these vets the fundaments, the starting points, the tools to go the next level. Then we will be handing them off to the golf pros.

“There are a lot of us involved and hopefully a lot more on the way. We have high hopes for Project Golf,” Schaal said. “So far, it’s been just great.”